I have so much nostalgia for Riverton. Tucked away in Southland along the southern coast of the South Island, Riverton has long been the beloved seaside getaway for Wanaka folks.

Riverton is peaceful and quiet, with a beautiful rugged coastline that beckons you to explore. With many killer surf breaks, it’s a popular place for those who love the outdoors and being by the sea. I first visited Riverton in the winter of 2014 on my first solo road trip. I’ve been back many times with friends, staying in charming old baches or camping on the beach. Funny note – a bach (kiwi holiday house) is known as a crib down in Southland.

Colac Bay, nearby is where I had my very first surf lesson. Walking the Humpridge track nearby in the summer of 2018 blew my mind. Riverton isn’t as brashy or bold as other tourism towns on the South Island. But if you dig beneath the surface, even a little bit, you’ll get a taste of the magic here. It’s a quirky, unique place.

Here are some of my must-do’s if you get the chance to visit Riverton.

30 photos that will inspire you to visit Southland 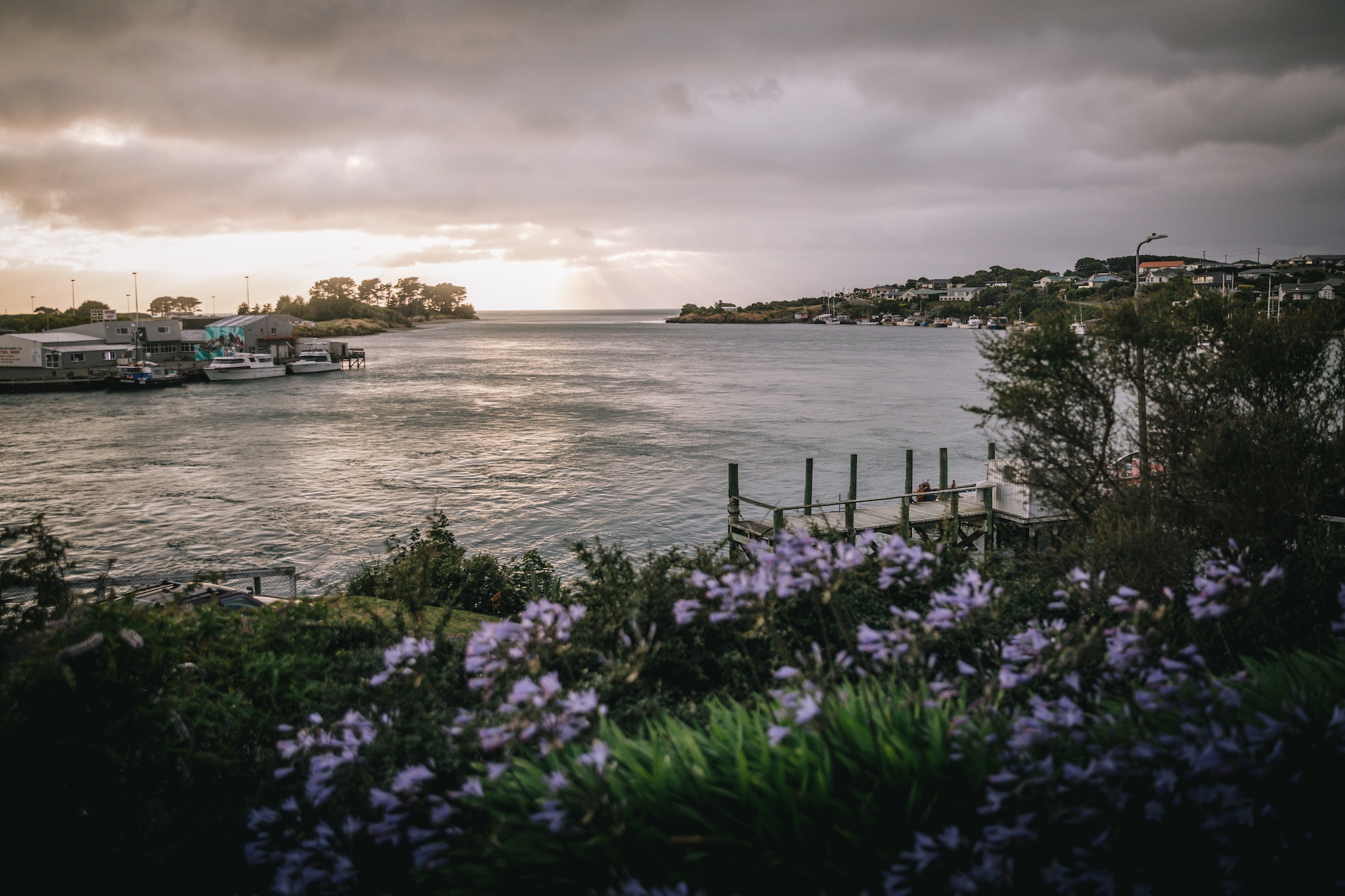 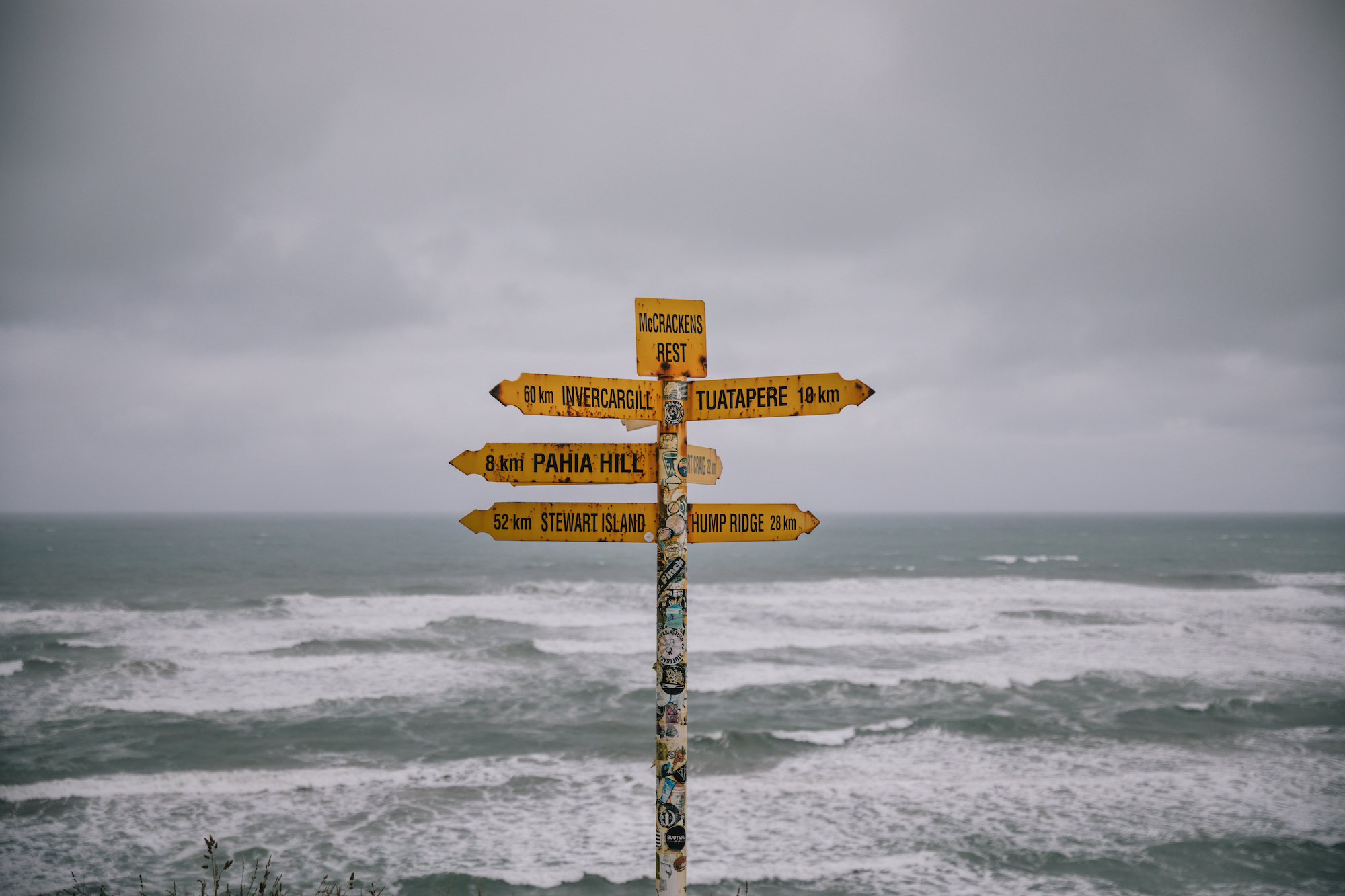 1. Stay at the Best Waterfront Deck in Riverton

Riverton is not a particularly big town; roughly 1,600 people call it home, so forget about flashy hotels. One of the main reasons it’s so beloved is because of its understated charm. It’s chill and relaxing, nothing fancy; you get what you get.

The last time I was in Riverton, I stayed in the coolest house called Best Waterfront Deck in Riverton. I can happily report that it does, in fact, have the best waterfront deck in Riverton too. The view is fantastic and a stone’s throw away from the beach. Here you can bbq with friends outside while keeping an eye out for the local dolphins.

It’s the perfect place to escape with a group of friends. 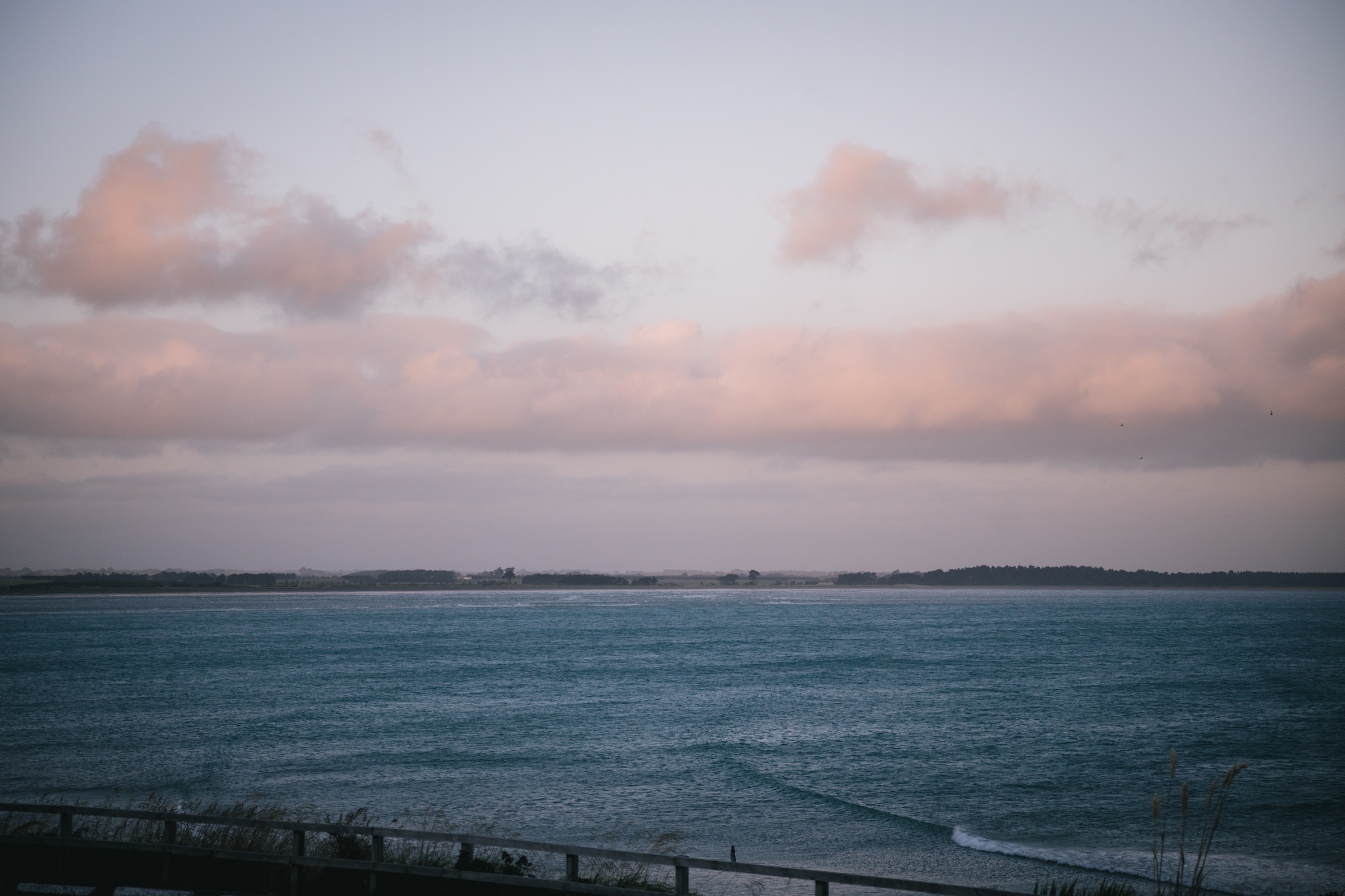 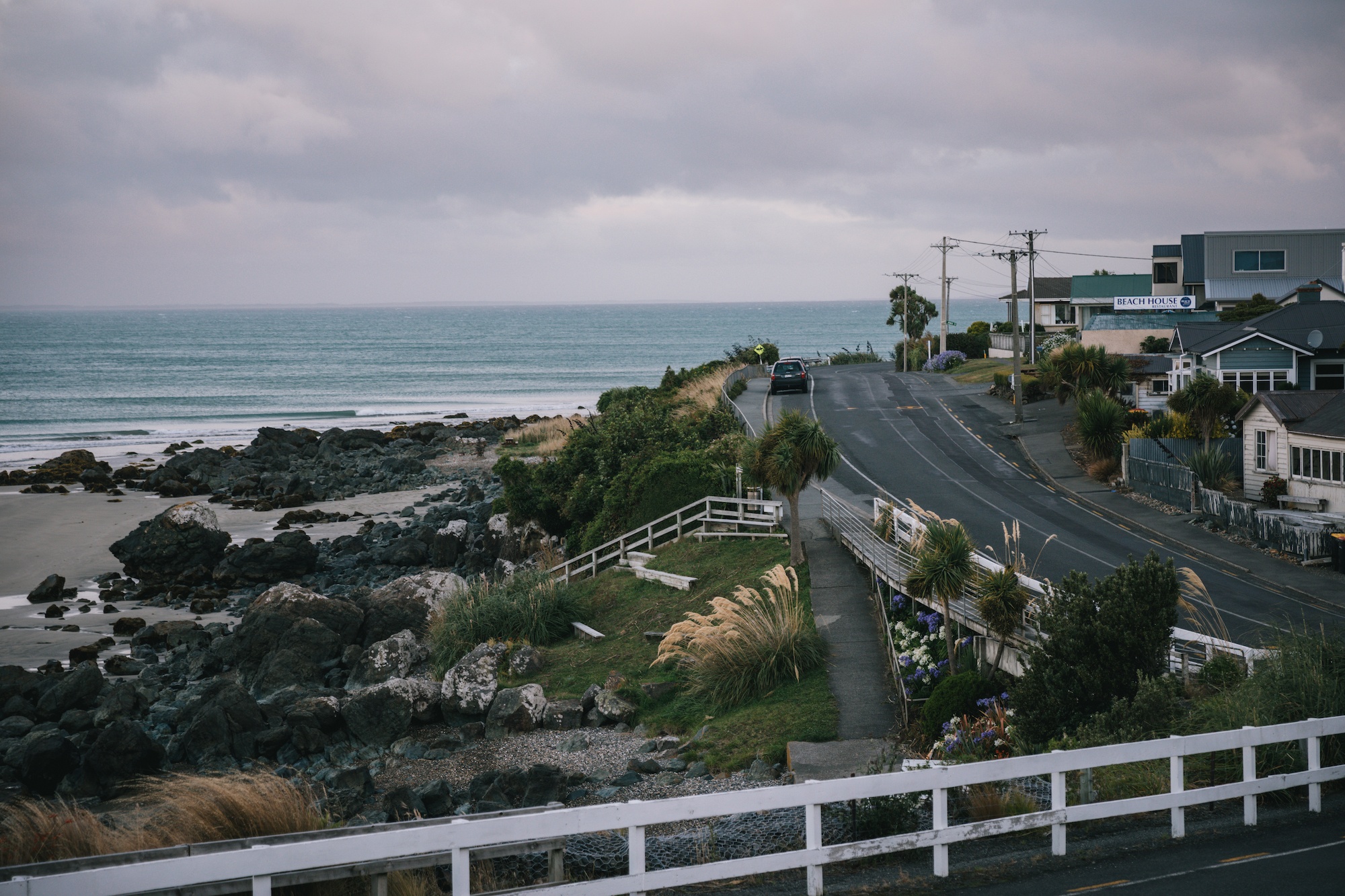 Just 10 minutes away from Riverton will bring you to Colac Bay. Here is where many people learn to surf, me included. With a long sandy stretch of beach, it’s the perfect place to go for long walks. If you visit Riverton, you can’t miss out on a seaside stroll on the beach.

You might even see some rare and endangered hector’s dolphins if you’re lucky.

Colac Bay gets its name from mispronunciation by European whalers, like in many places around New Zealand. Ōraka was the Māori name of the area, and its chief was Ko-oraka. Apparently, in the Māori southern dialect, the letter “r” sounded more like an “l.”

3. Check out the Te Hikoi Museum

Being the absolute history nerd, I am, I try to make a point to visit local museums whenever I’m traveling. They never disappoint and are often full of fascinating information. The Te Hikoi Museum in Riverton is no exception.

One of the oldest towns in Southland, Riverton has a rich and fascinating history. The museum digs deep into local Māori history leading into the history of whaling and European settlements here. It’s fascinating. 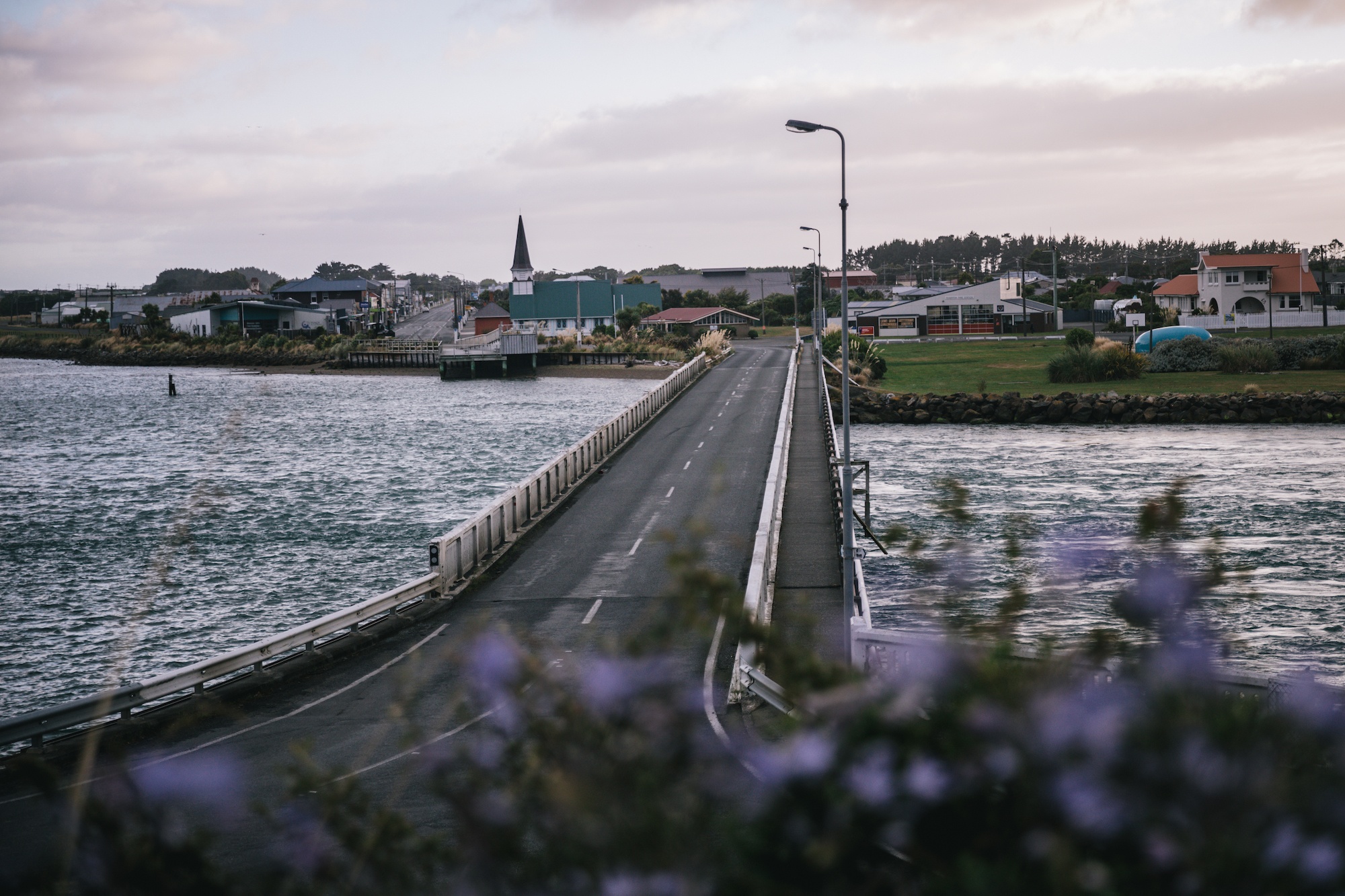 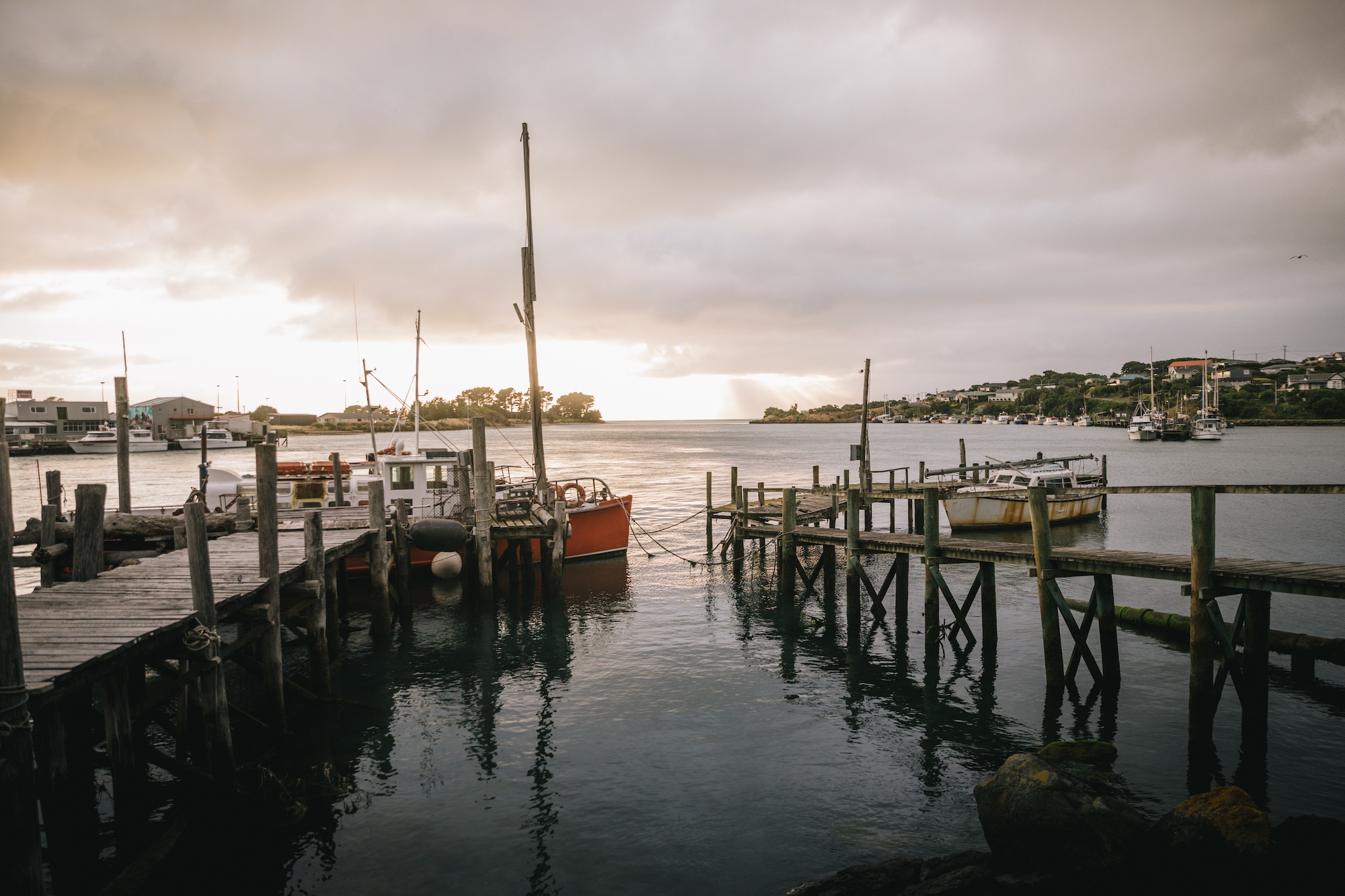 As a big foodie, I’m often happy to travel for a good meal. Depending on where you find yourself in rural New Zealand, often the options are hit and miss. But when in Southland, I will go out of my way to get to the Orepuki Beach Cafe, just 20 minutes from Riverton.

Overlooking Te Waewae Bay, Orepuki was once a gold mining settlement of thousands of people. It’s hard to imagine now.

A delightful farm-to-table restaurant hidden in a historic house just outside of Orepuki, owners Penny and Brian source everything from their farm and gardens, somewhat of a rarity these days. The food is exceptional, with the flavors coming through in a way that doesn’t happen with mass produce. 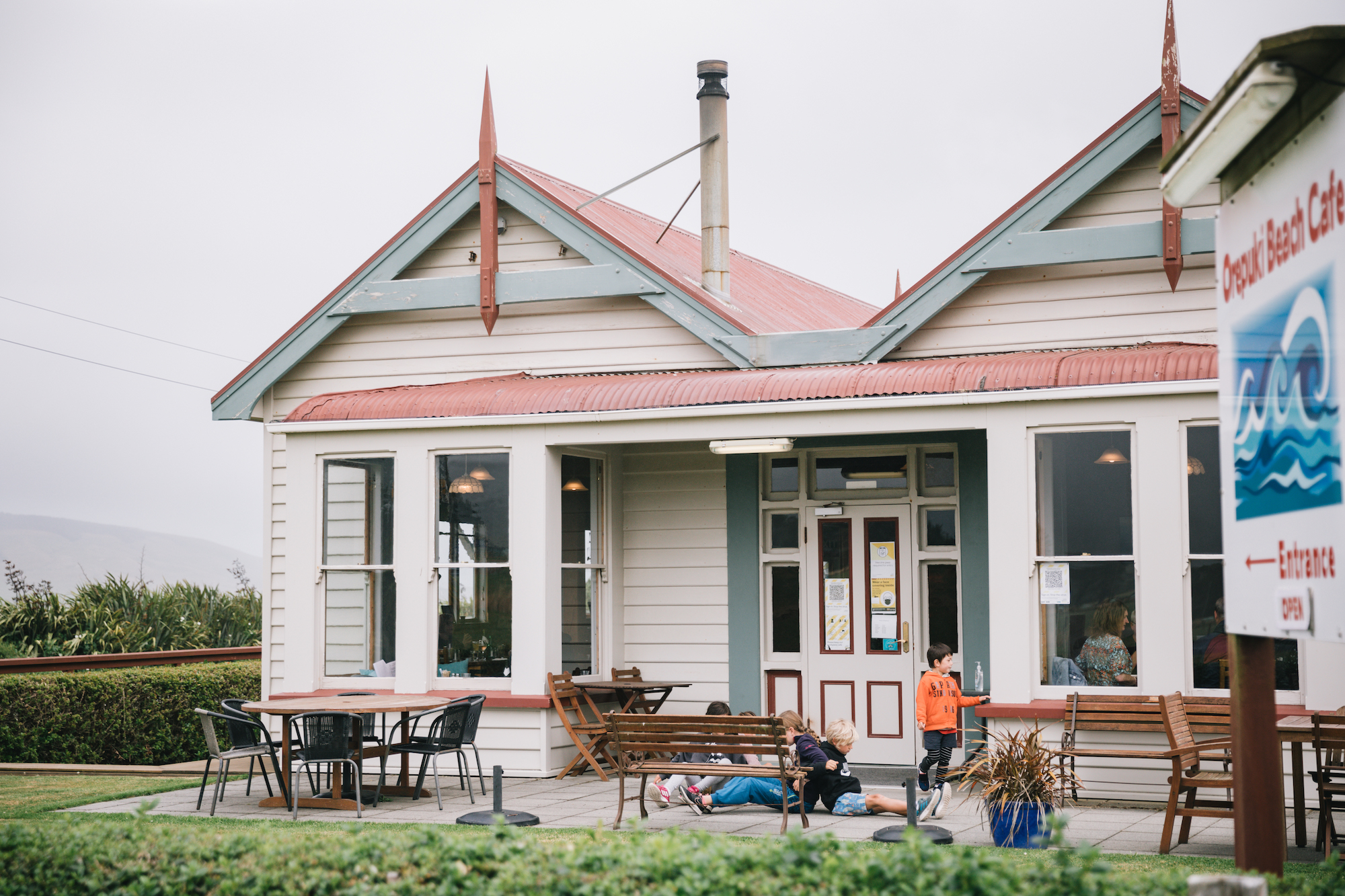 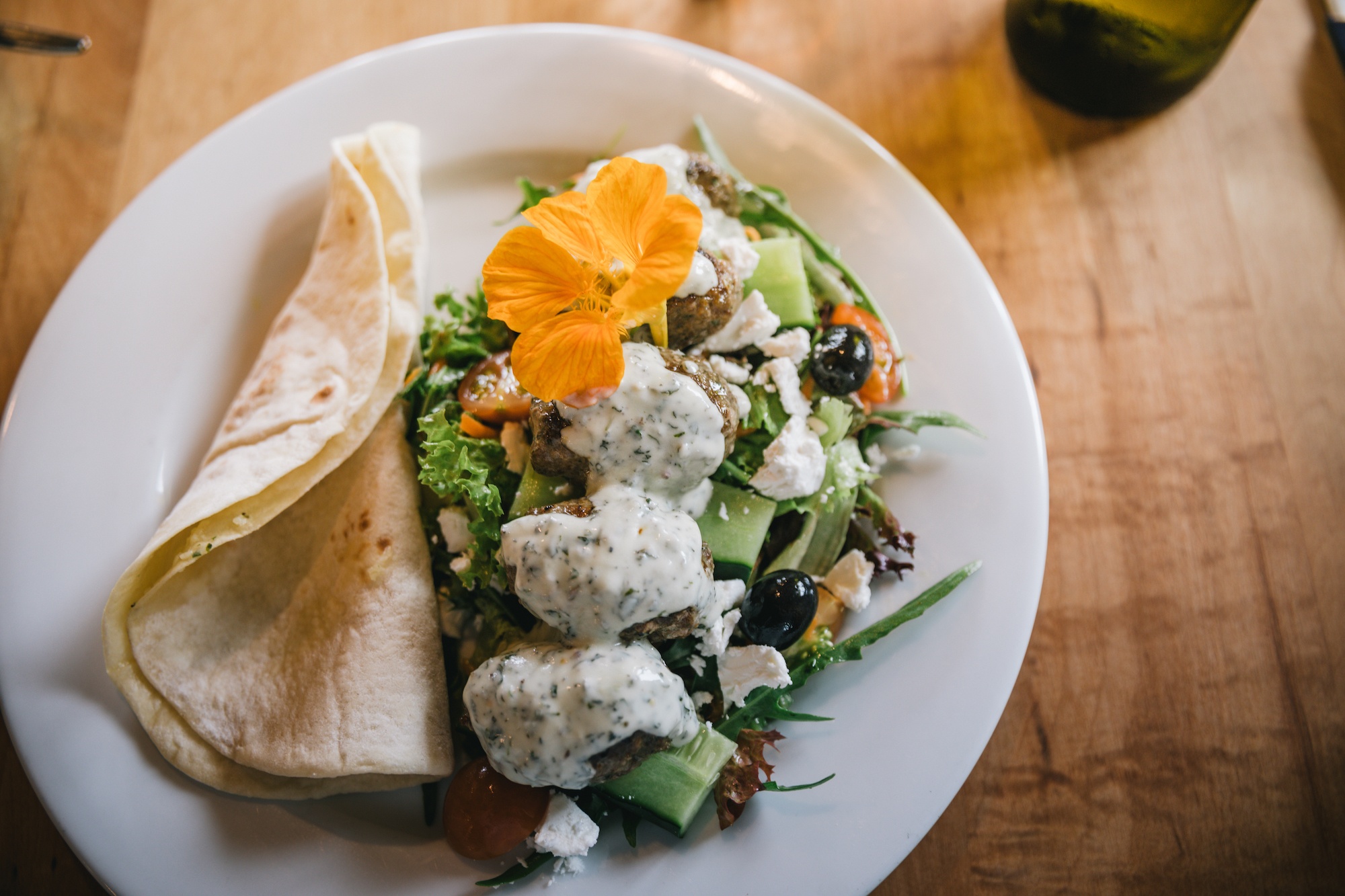 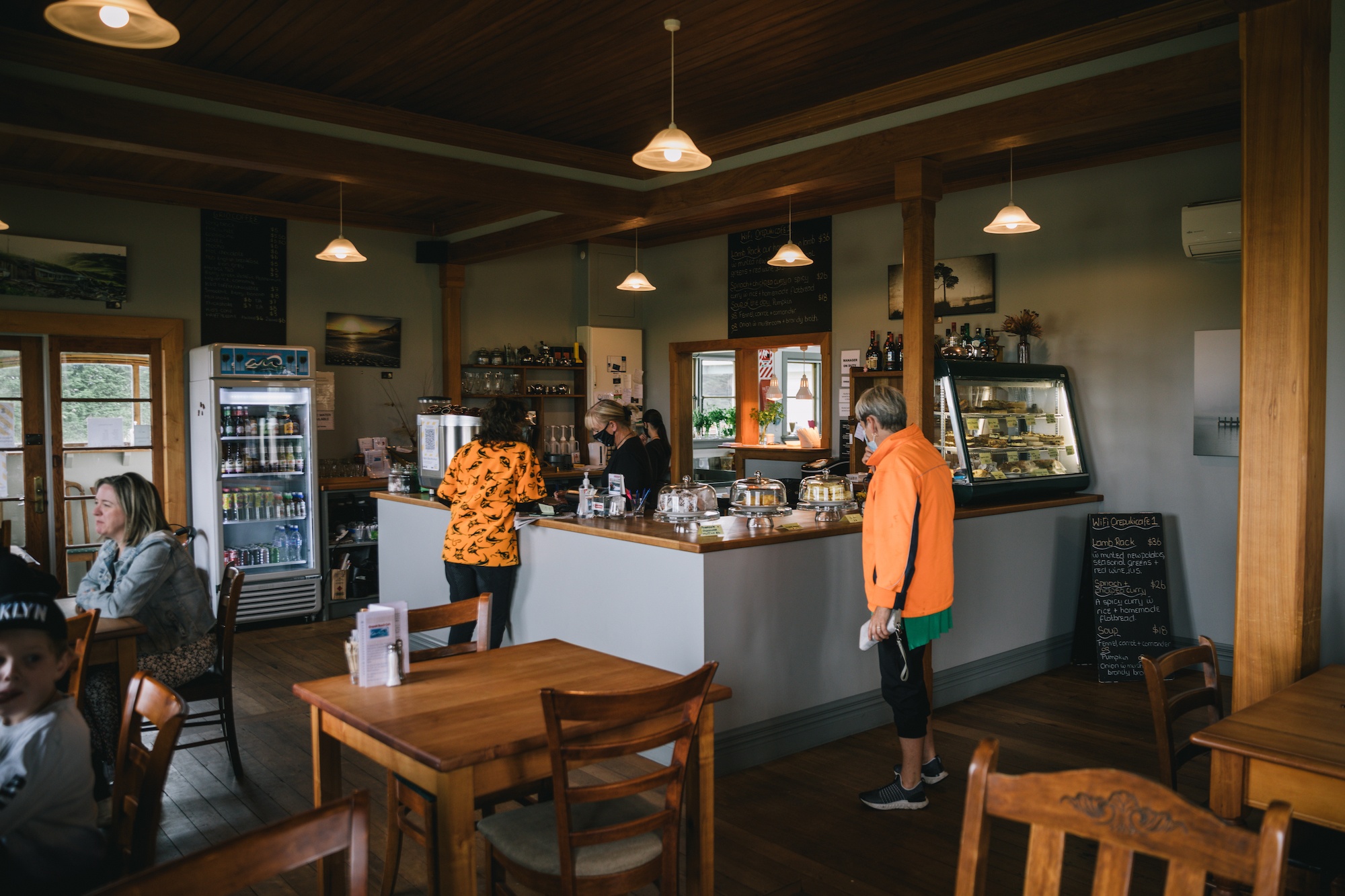 If you visit Riverton, you can’t miss checking out one of the coolest beaches in New Zealand – Gemstone Beach. And until last summer, I had never been there before. Named for the many colorful stones along the shore, it has washed up semi-precious gems such as garnet, jasper, quartz, and nephrite.

Though if you speak to locals, they’ll tell you there is more sand and a lot fewer colorful stones here than they’re used to be.

Rugged and remote, this coastline is constantly changing. Often you’ll have Gemstone Beach all to yourself. Wild and beautiful in its own right, it’s all the more remarkable as a beach comprised of rainbow stones. 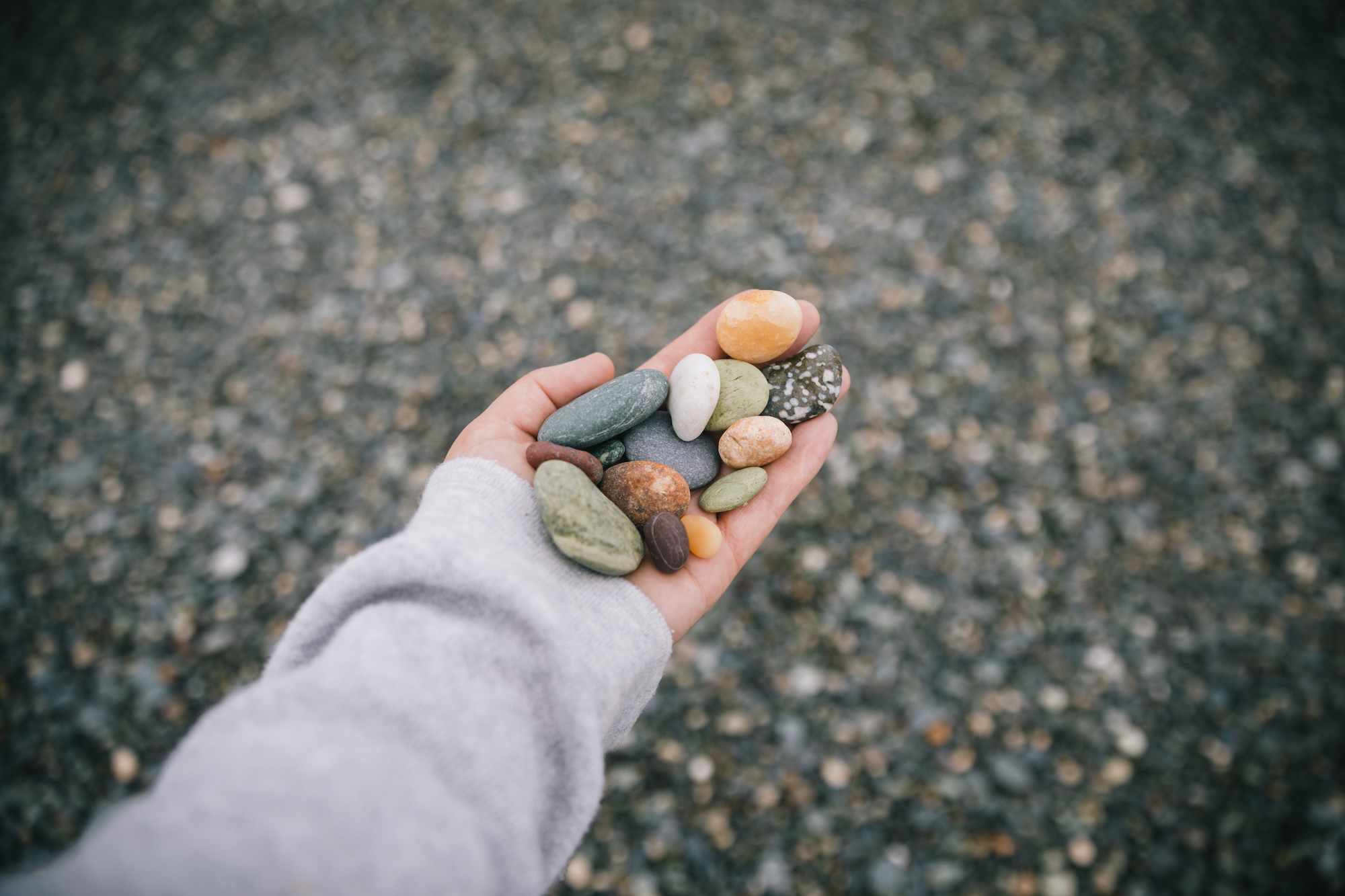 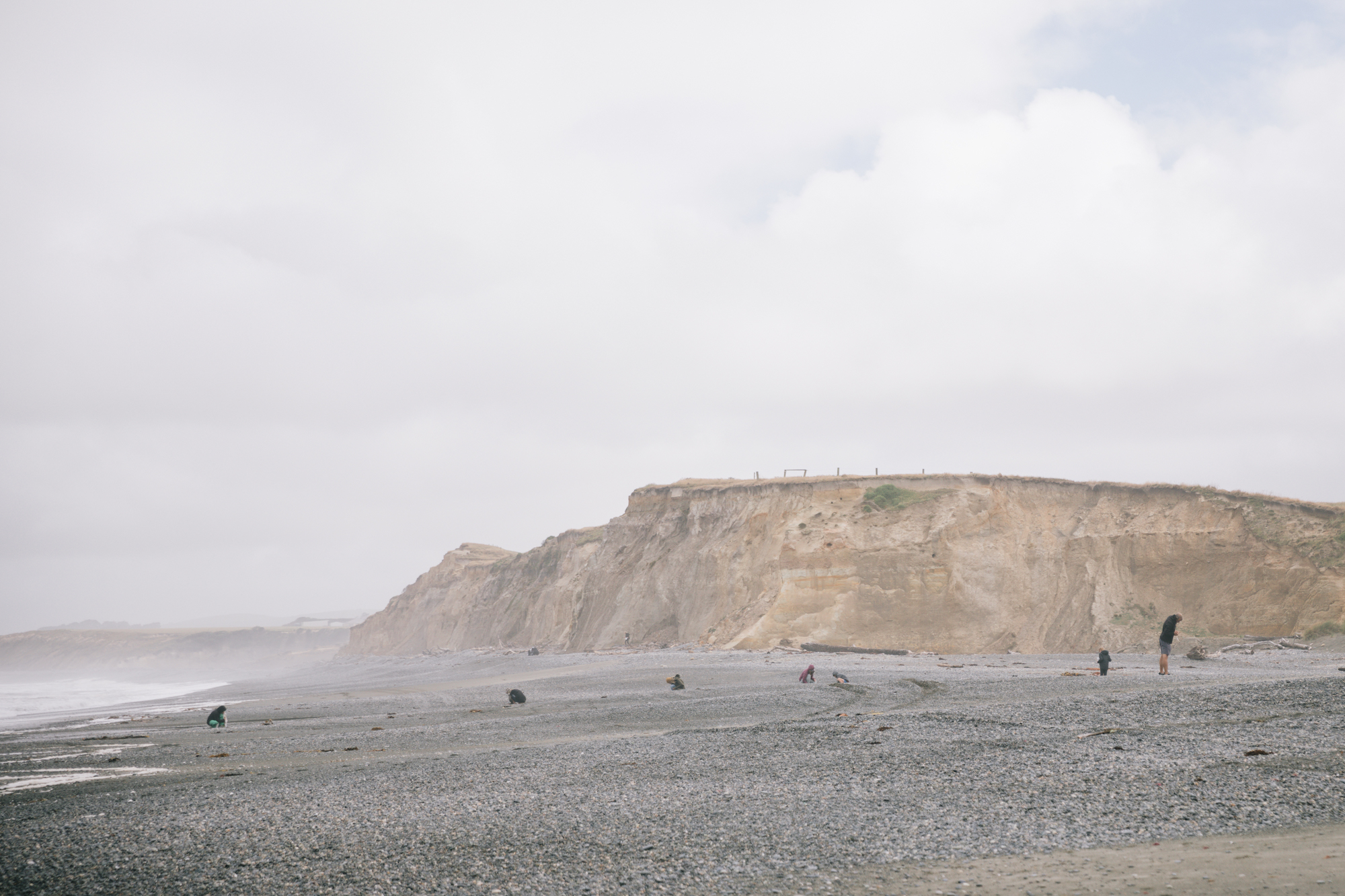 6. Get your mind blown during a Food Forest Tour

The past few years have opened my eyes to how incredible and underrated the food culture here is in New Zealand. And I can’t believe I had never heard of a food forest garden until this year. If you get the chance to visit Riverton, definitely check out their heritage orchards.

In the heart of Riverton is the South Coast Environment Centre, a community hub for people in Southland looking after the land and natural resources. Here I met the incredible Robyn Guyton, a true pioneer in the world of permaculture in Southland. Twenty-seven years ago, she began turning her land into a forest garden, exactly what it sounds like. Plant some fruit trees (there is a system), and eventually, it becomes its own edible self-sustaining ecosystem requiring little maintenance.

Now her forest garden has over 480 productive trees and shrubs, bringing back native birds. There are nearly 100 heritage apple trees and dozens of other fruit trees and herbs. You can visit her home during the warmer months on a food forest tour. 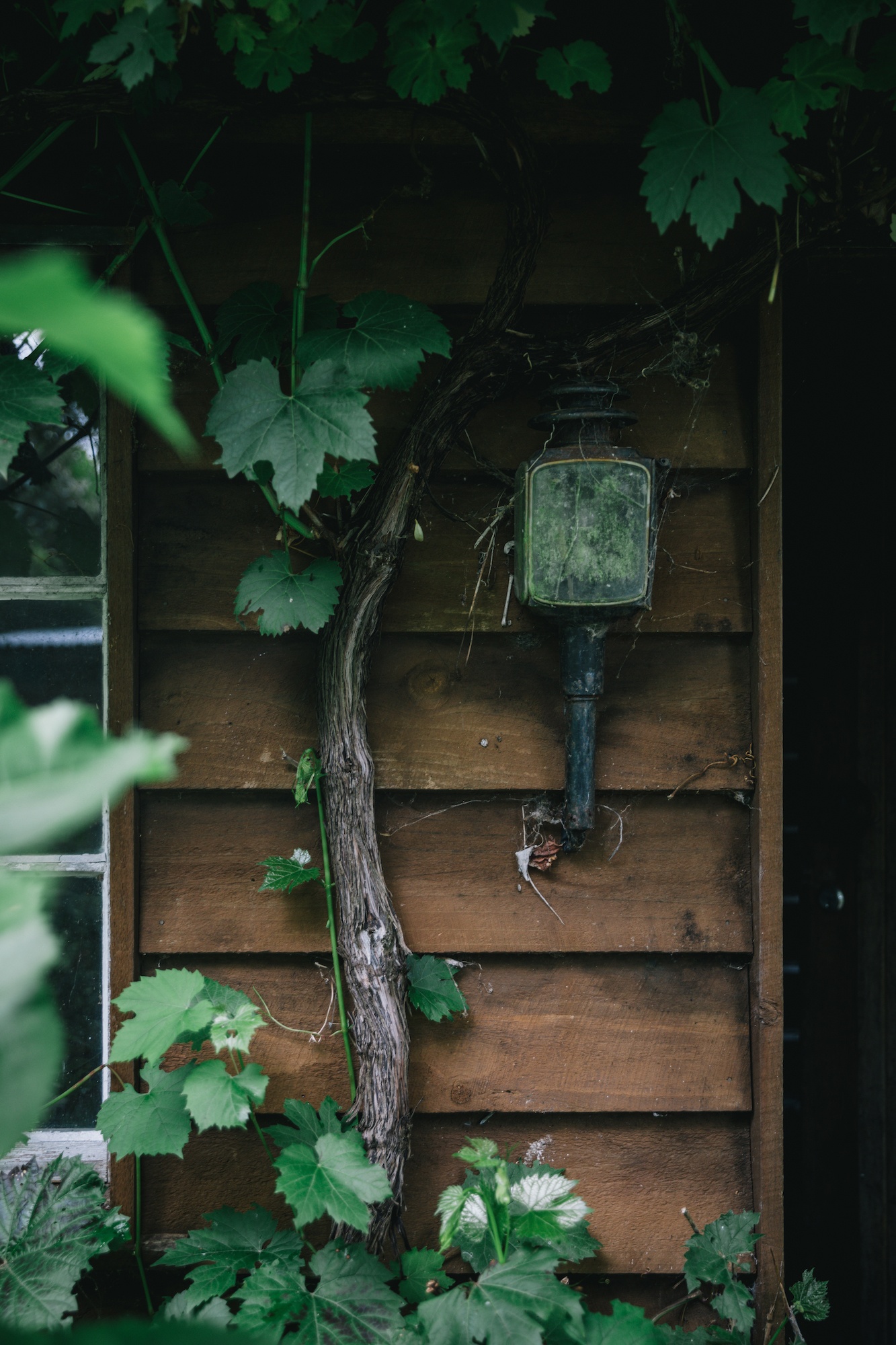 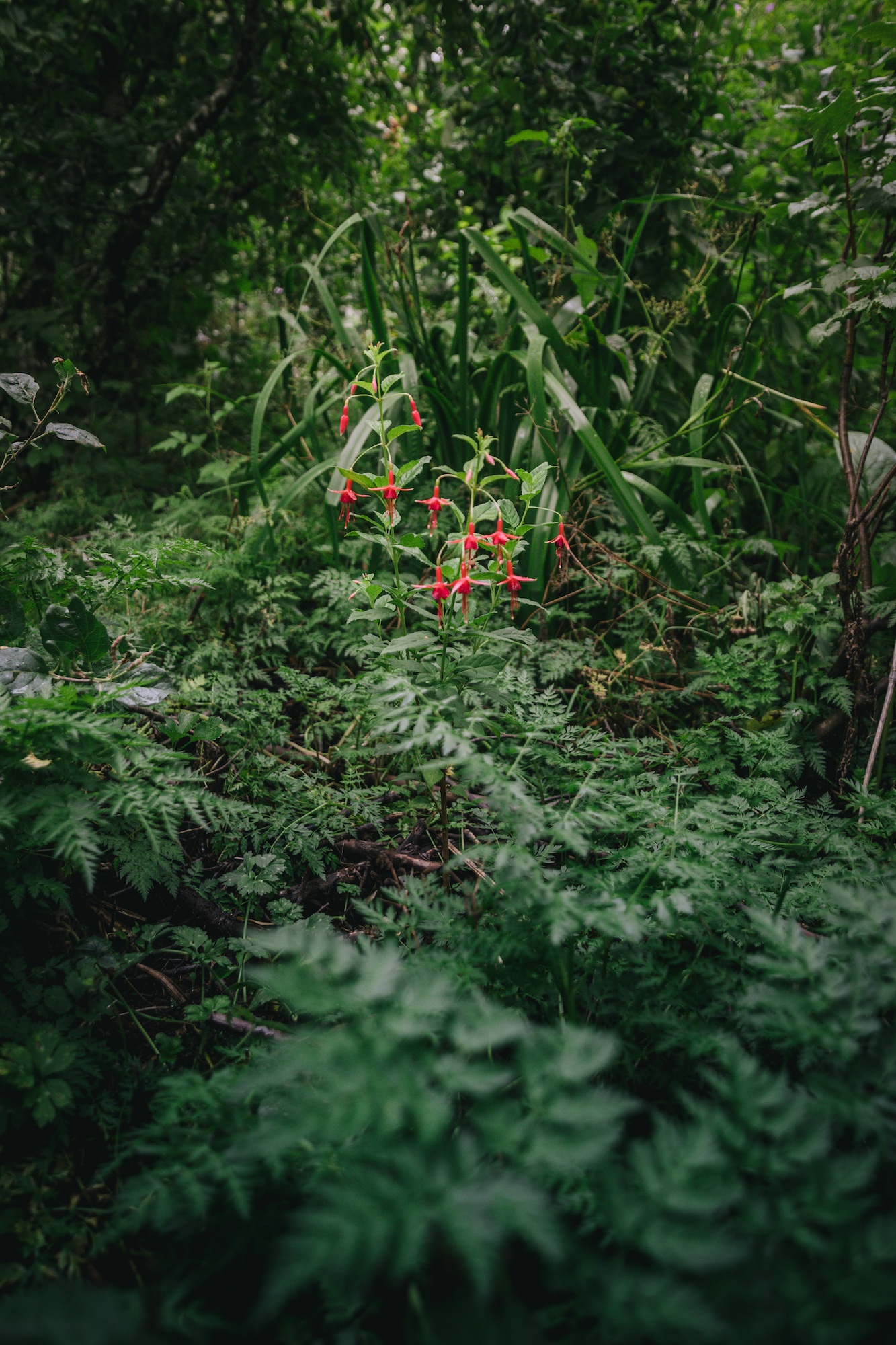 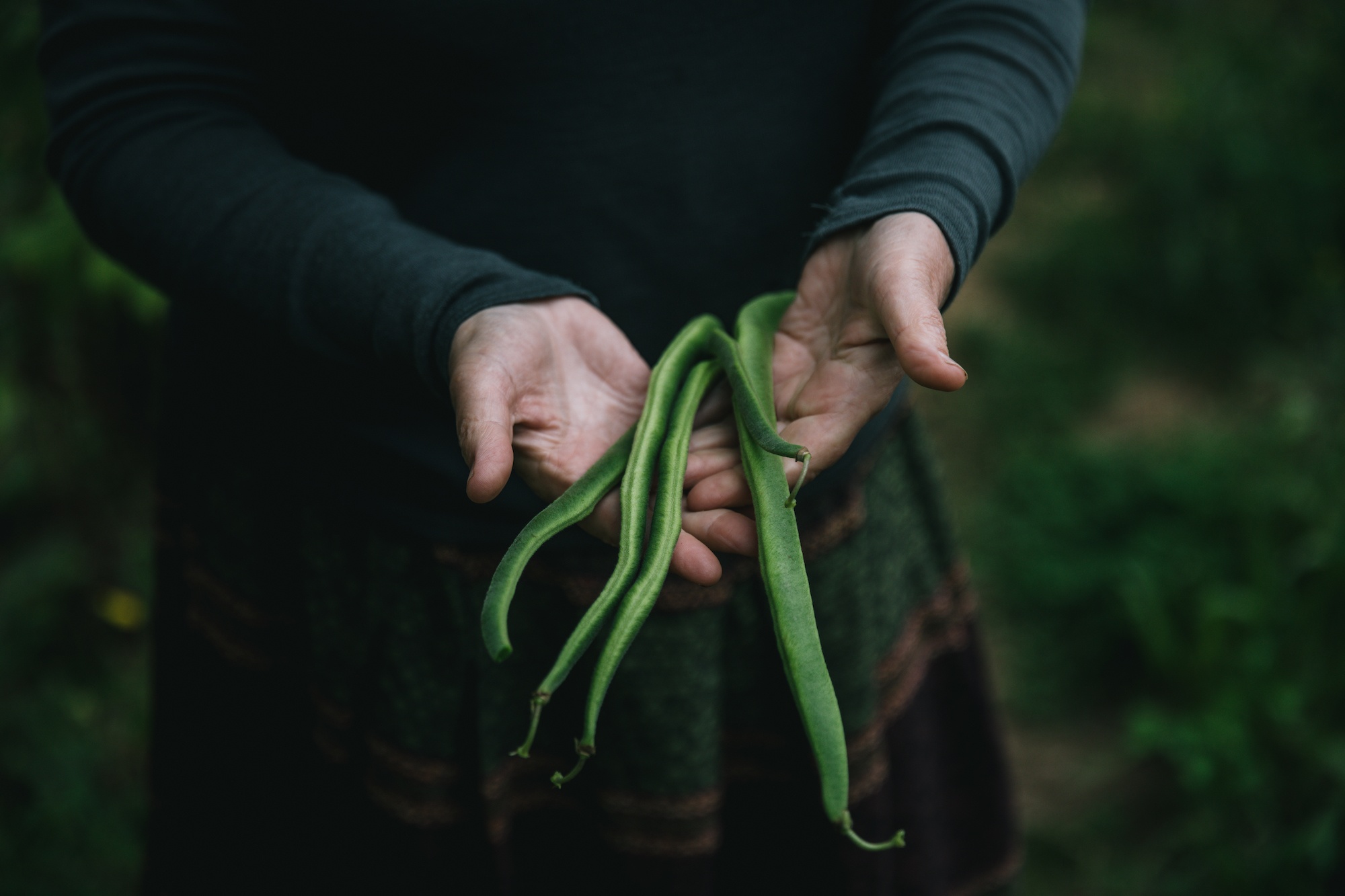 Southland has long been an agricultural corner of New Zealand, with many heritage fruit trees planted by European settlers. But as agriculture has turned industrial to dairy, many of these historic orchards get ripped up and destroyed. Some of these trees are now the only remnants of their varietals surviving, as their counterparts have disappeared overseas.

Robyn is also the brains behind the incredible Heritage Orchard Project, which works to preserve these heritage fruit trees.

Over a decade ago, she began cataloging these trees to preserve them, eventually leading to the creation of the heritage orchard parks around Southland. These open orchards are like living fruit tree museums, bringing these healthy heritage fruit trees back into the Southland community. You can now walk and visit them yourself. What a boss! 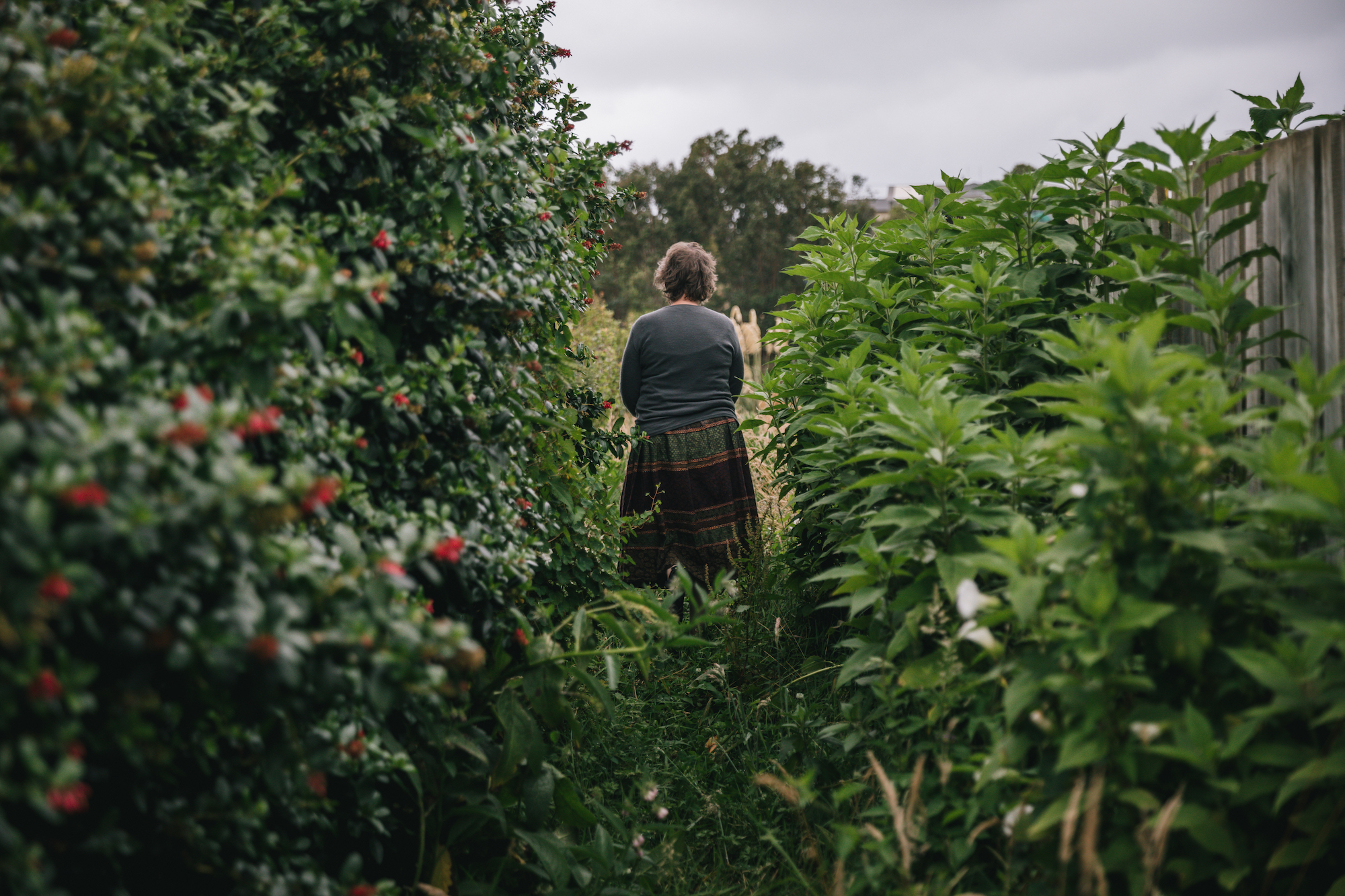 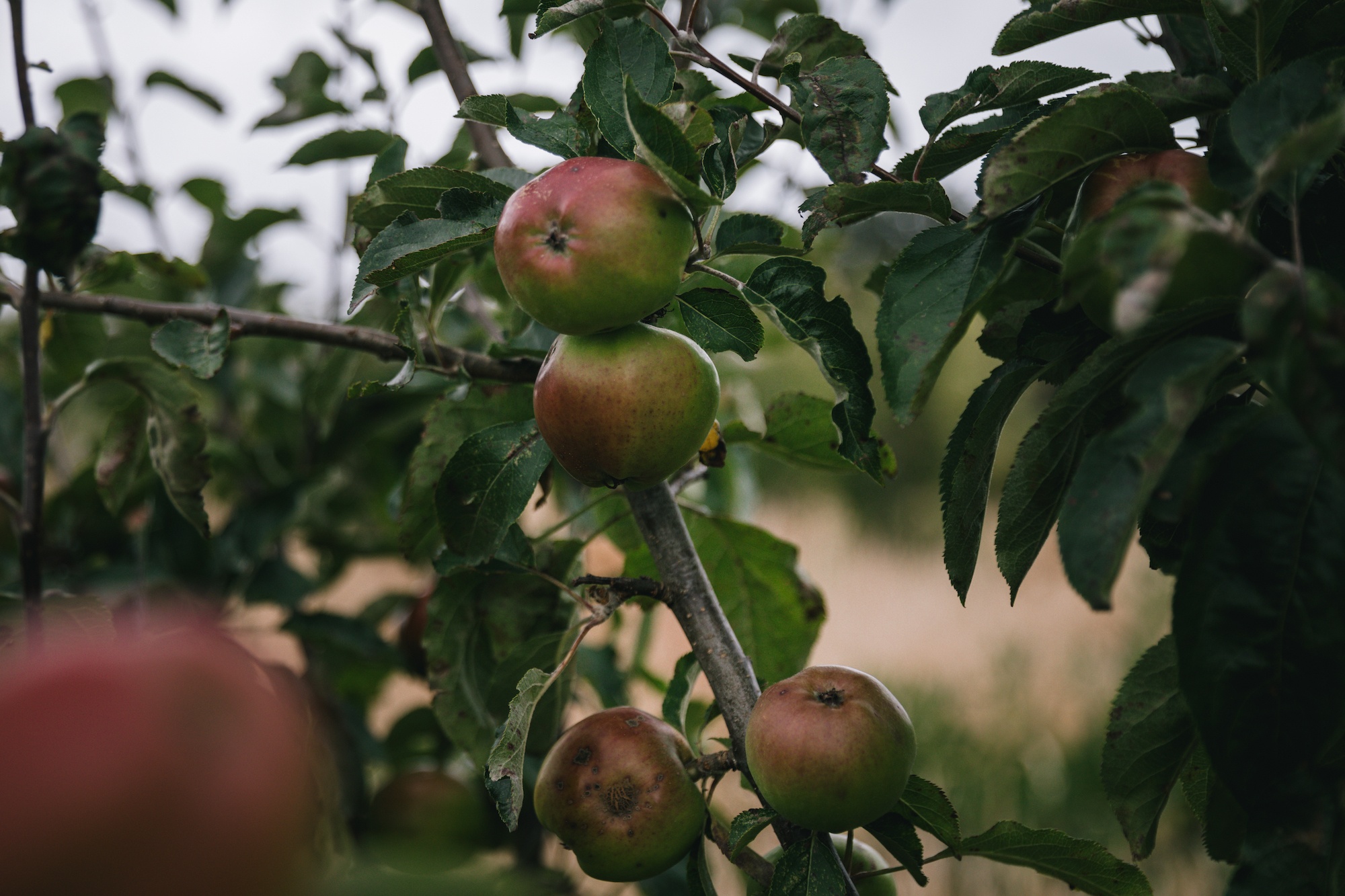 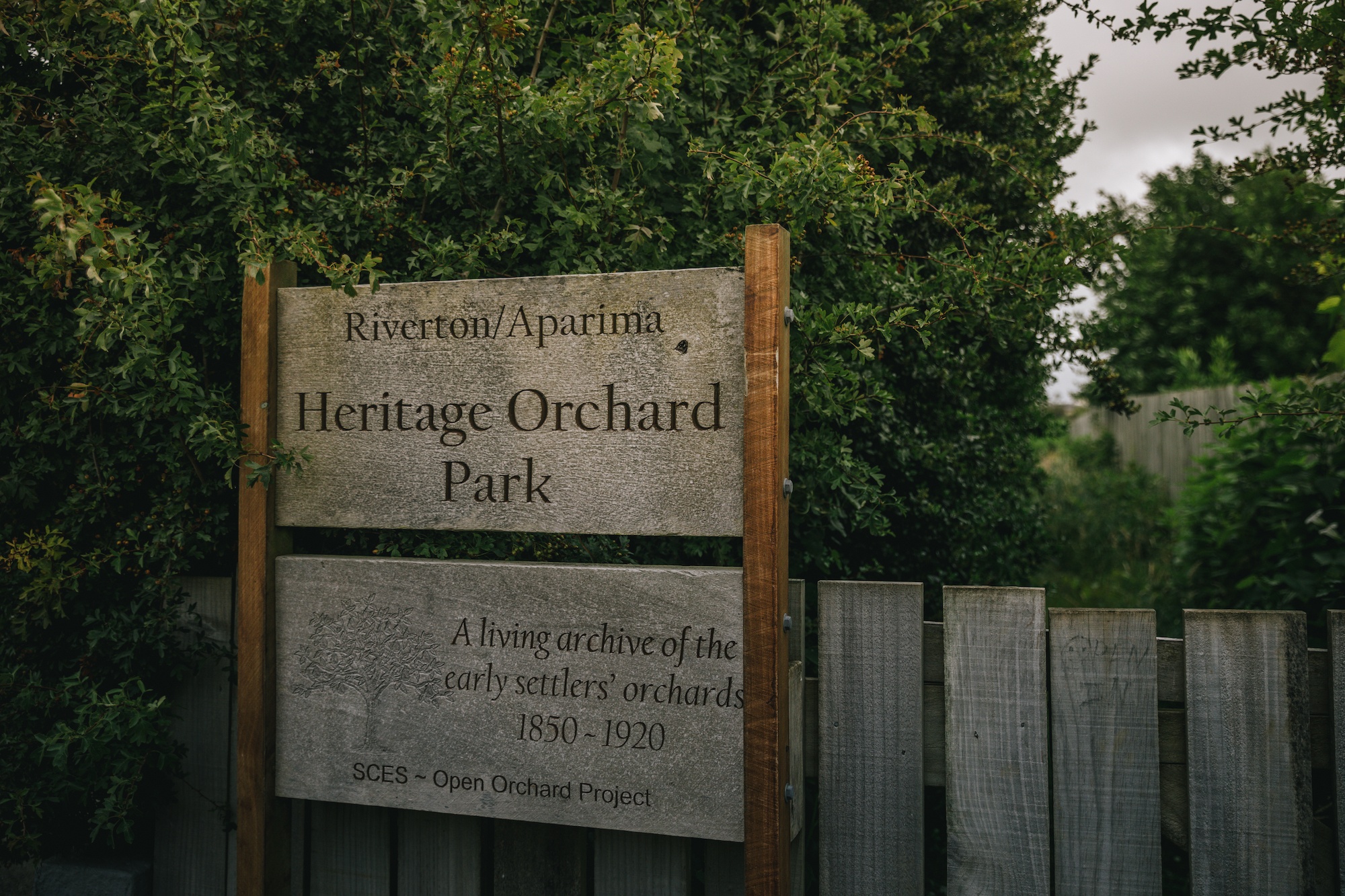 7. Check out the charming cove of Cosy Nook

I stumbled across the super cute rocky cove of Cosy Nook by complete accident – it was one of those “I wonder what’s down that road” travel experiences. Once an important Māori historic settlement, these days you’ll likely only find seagulls and rough waves.

Standing on the wild shores of Cosy Nook today, it’s hard to imagine less than 200 years ago, it was a big, bustling center of trade between Māori and Europeans.

Captain George Thomson, the Bluff harbourmaster, was the first European settler here, though Māori occupied it for much longer. He named it after his homeland Scottish village, Cozy Neuk. 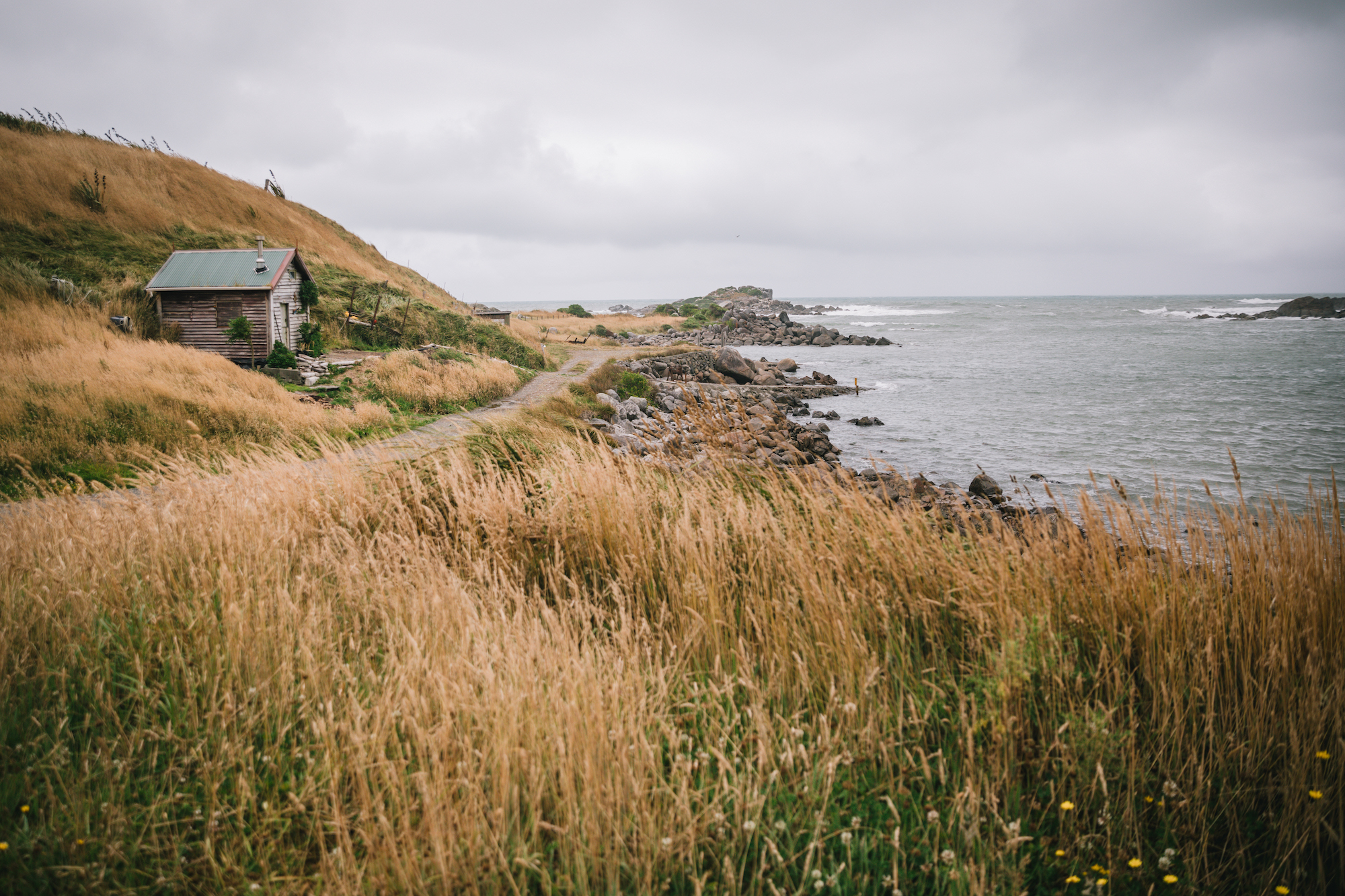 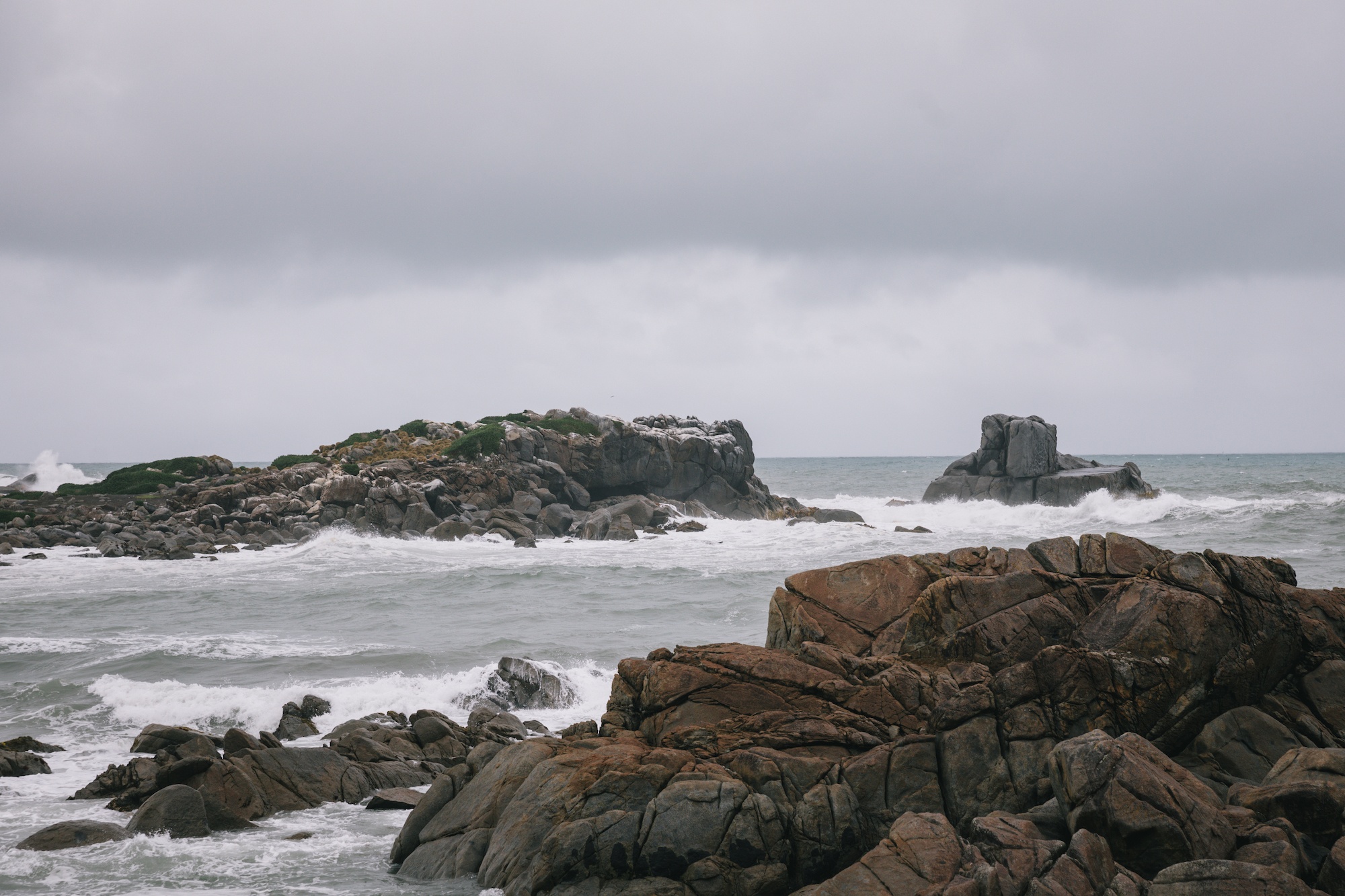 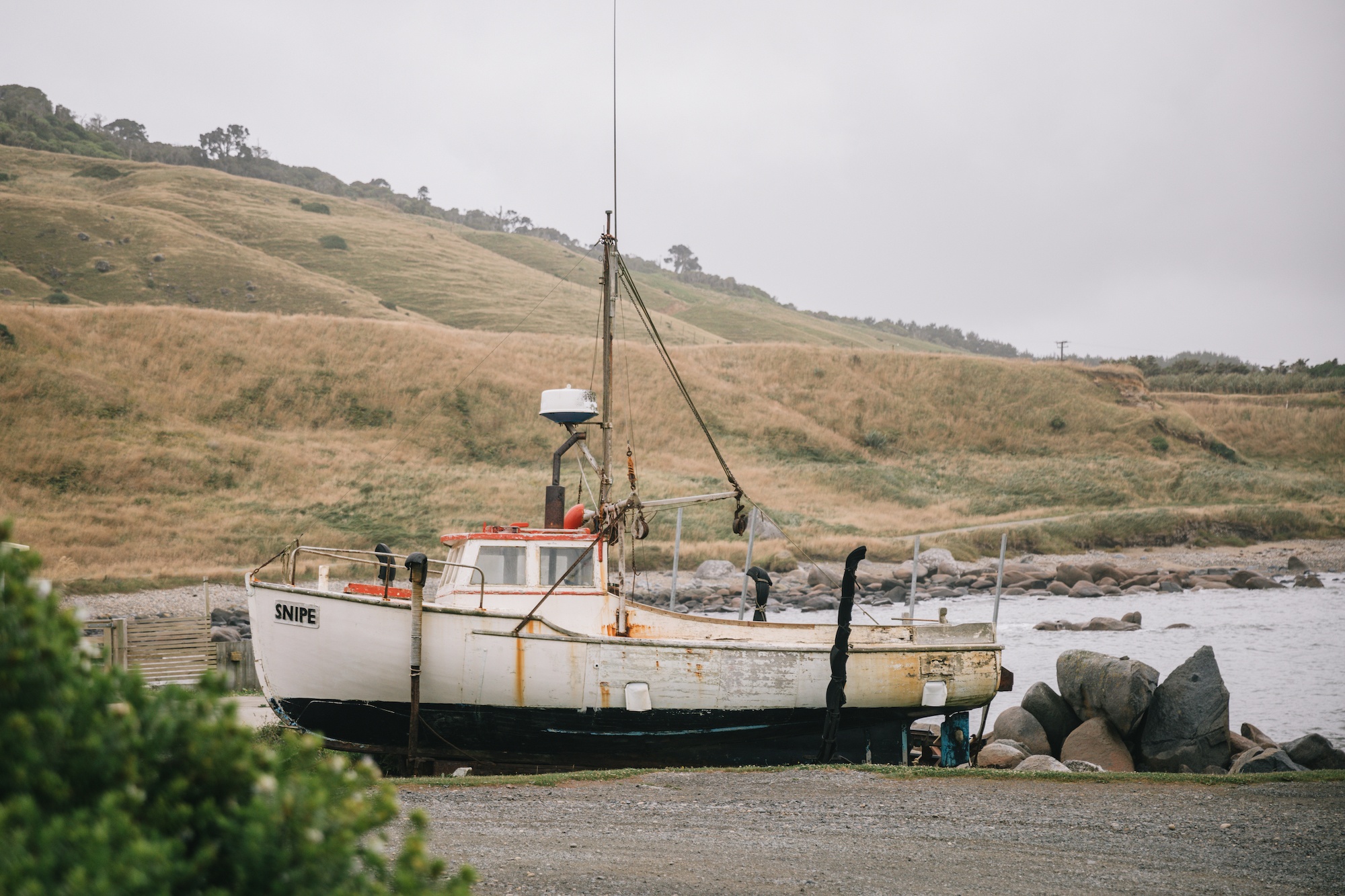 8. Stroll across the Clifden Suspension Bridge

Depending on which direction you’re driving to Riverton, 45 minutes away, you’ll likely pass by the longest suspension bridge in New Zealand. The Clifden Suspension Bridge was a huge deal when it was built in 1899, opening up a remote part of Southland.

It’s a perfect spot to stop for a picnic or a stretch of the legs on a drive between Te Anau and Riverton.

Have you been to Riverton? Do you have a chill place you love to get away to? Would you visit Riverton, given a chance? Share! 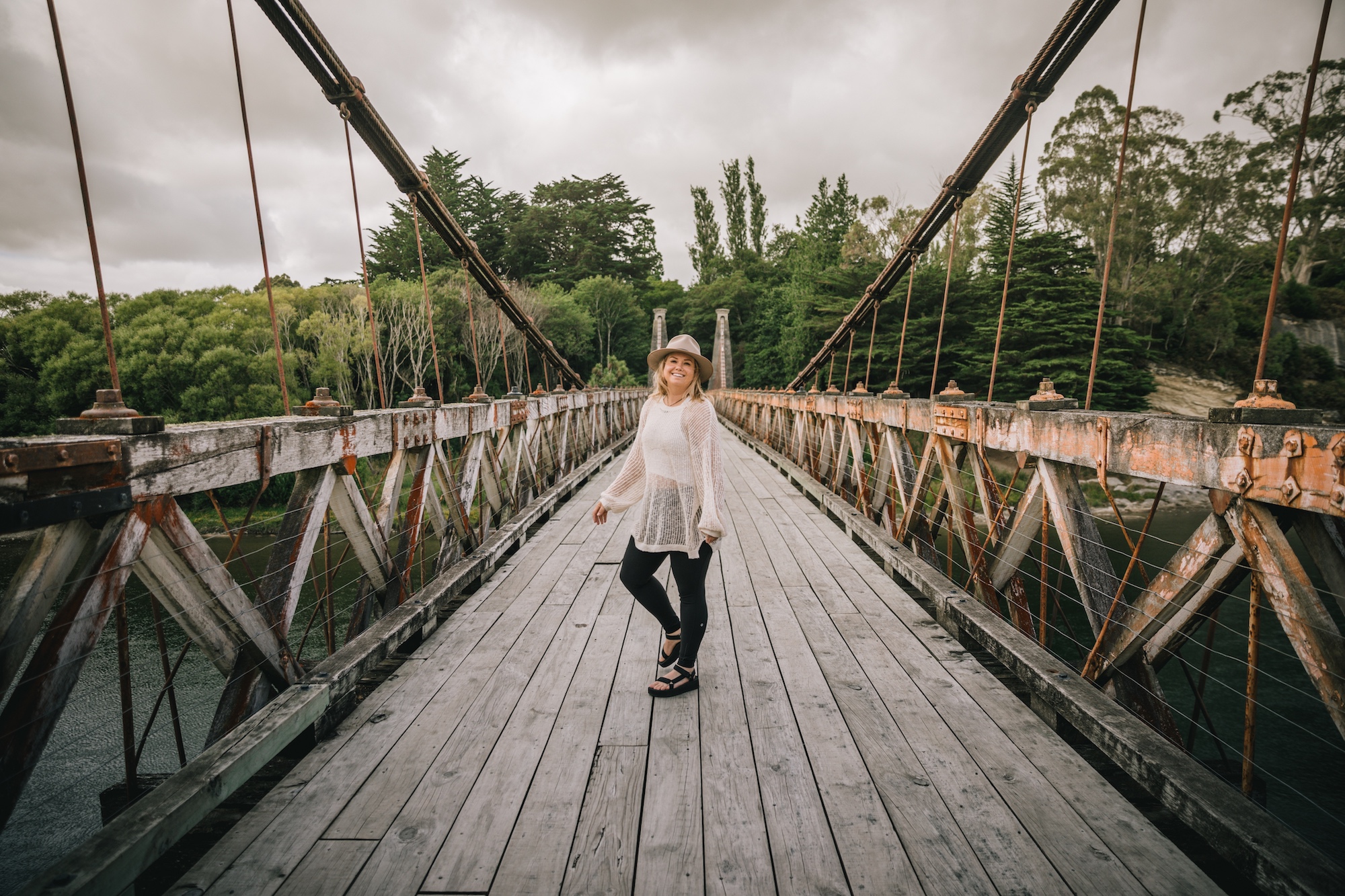 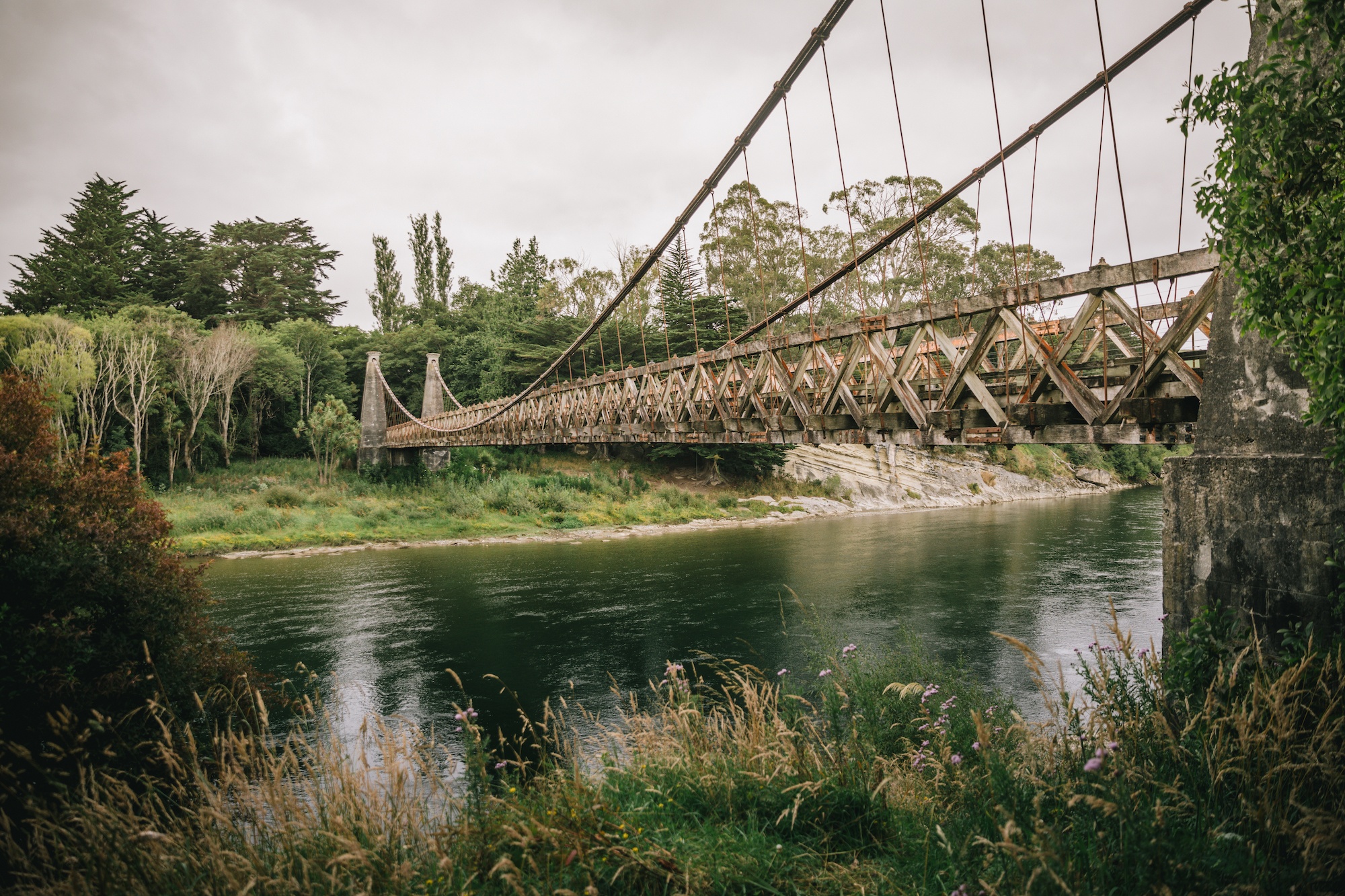 Many thanks to Great South for hosting me in Southland; I’m always keeping it real – as you could expect less from me!

The post Returning to the southern seaside in Riverton appeared first on Young Adventuress.

30 photos that will inspire you to visit Southland

Skylark Cabin is the perfect place to watch the stars